This tree was one of my grandfather's favourites- it started out as the winner of the annual club Style of the Year competition in 1997. It was later exhibited at an international exhibition in Pretoria in 2003. Since I inherited it last year, I've been nervous to do too much work on it. I shortened some of the very obviously out of proportion branches, and lifted it out of the pot to rake out the roots and introduce a little fresh soil underneath. I also attempted an approach graft to try and get some lower growth as the tree had gotten very leggy over the years. Here it is today: 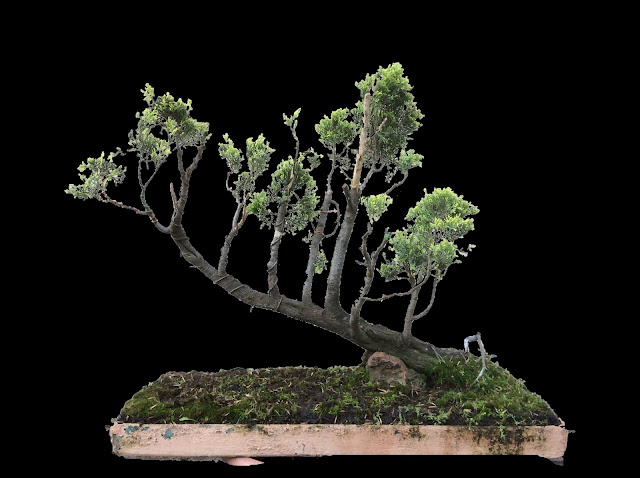 In preparation for a demo I'm doing at my club in September, I spent a bit of time mocking up some virtual options. In all cases I've rotated the main stem over closer to the horizontal and looked at either a long shallow bowl or a freeform slab. Finding a pot this size in a style I want will be anotehr story, but it's a few years away from a final pot- I want to get it into a deeper training pot next season so that it can grow with a bit if vigour. 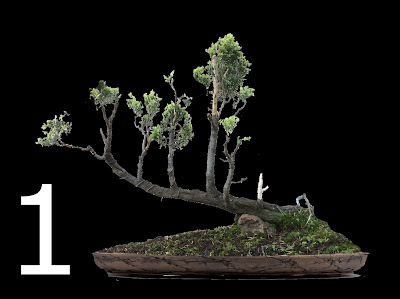 Option 1: tidying up some of the stems/branches, jinning back or removing one or two others and then refining the foliage a bit 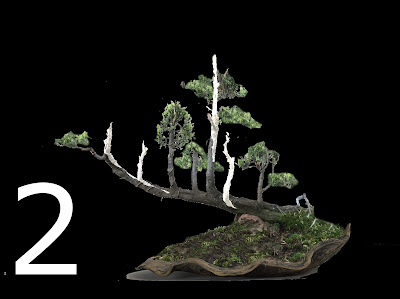 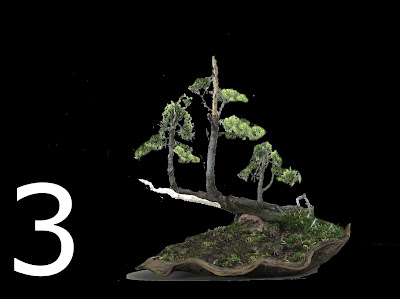 Option 3: Drastic shorting and removal of stem, lots of jin on what's left, a little bit of  refining with what's left. I think this goes too far but sometimes looking at an extreme option is a good way to understand what's possible and what works. 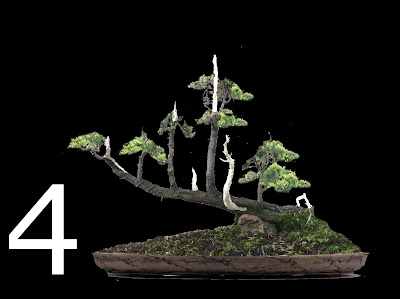 Option 4: Similar to option 2: some jins, thinning out of unnecessary branches, some additional growth.